The day after lots of love is shown....and children grieved over dead relationships and deceased mothers; when many men found it most convenient to ask you out "in celebration of the day"; when your offspring where still disrespectful and often take for granted your sacrifices; when the often absent male parent barely said Hi let alone praised you for your hard work and dedication....on the day after Mother's Day know your mother loved how she knew and could, your children call you blessed and know you do your best, men finally got brave enough to show you their admiration, and many fathers know they messed up so being quiet goes best with pride. You are a queen a warrior a nurturer a lady with the job of carrying the world in her belly and on her shoulders...at the same time, no time for hearts on a sleeve, you have tears to wipe and mouths to feed, more babies to birth and generations to lead. You have little time for crying because there is homework to read. You are pearls, wisdom...you are gold, priceless...you are ruby, virtue...you are a master, honored...you are beauty, personified. Just as "mother earth" must be respected to give forth life you too are necessary for life. God made you and called it "good". The love in you is seeds that make words of encouragement raise up nations. We lyrically and metaphorically praise you, not for perfection, but for our examples of strength and perseverance. Thank you for not giving up on the living, and reasoning with those who we would not live right, for you are the reason....We Live. 5.13.13
God's love & peace to you ~Beautiful Thought
www.mybeautifulthoughts.net
Posted by Beautiful Thought at 12:32:00 AM No comments:

Hope Is All...and Everything

Below is something I wrote less then two weeks ago....encouraging me by encouraging others. I decided not to post it on FB. Instead, simply saved it and later read it again realizing I had encouraged me by my own words. Who would have known that I would "live this" prophecy sooner then I thought... hitting me harder because I was unprepared to expect it so soon. Now these words I must eat, digest, and BELIEVE like never before (though yet again) that God has me in the palm of His hangds. I must believe because of hope....it's all I (we) have.
"I sit here feeling less capable then I have ever felt, because of certain handicaps I'm dealing with currently. I know God is moving things to line up for my favor but then it really really hit me....I have been requested to write & perform for a Midwest gospel hiphop event for hundreds of people and to do a twice monthly event locally for a National food chain, if the Lord's will it will go forth as planned. God said So what State Farm is giving you a hard time and likely about to cut off your income (little did I know they already had). So what you will be unable to do your same skills you were doing before you were injured and consequently laid off. So What!!! I own everything in this world and nothing can be done unless I allow it. They will not harm you, they will not prosper over you....if it seems like they are it's because I have something greater for you anyway. YOU WILL conquer this, though you may still have to deal with some pain & inconveniences, you will Still Move forward. I do not call you my child, my heir, and my chosen one for nothing. You are royalty, appointed, anointed and no devil in hell will prosper. Be Obedient I got you. These are the words now being revealed to me through God's Holy Spirit because I changed tbe negative channel...I welcome His marvelous light. Change The Channel. May this encourage you whatever season you are in."
I so needed to hear these words the Holy Spirit dropped in my spirit in advance...preparing me...for such a time as this. Praise Him in and out of season, winter doesn't last forever.
God's peace & love to you. ~ Beautiful Thought
www.mybeautifulthoughts.net 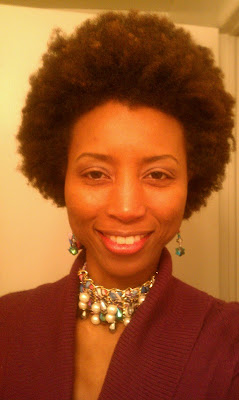