I was at one of the suburban middle school. It looks nice and orderly, resources look ample. Kids were quiet during the fire drill. That was all good until later during a class change.

I heard commotion while standing inside the library doors. Some students ran past, so I stepped into the hallway. I heard a girl crying... saw a fairly tall girl looming over in an aggressive stance... then I saw a girl on the ground. There were no teachers around. In that long 20 seconds I had to determine my reaction.

Would I go toward them? NOPE, not taking that chance! It was too many kids to walk through. Plus, I wasn't chancing getting hurt by flying arms. I decided I would yell, "Get to class!", to clear out some of the students. As I was about to open my mouth a teacher showed up to escort the aggressor. "Saved by the bell." (pun intended)

[Ironically, the professional I went to meet at the school expressed she would like to consider homeschooling her 2 & 5 yr old.]

Today my homeschool coop poetry class was reminded of Black History & Women's Histpry month. They were instructed to choose an AA woman poet and pick one of her quotes. Next they were to write a poem that spoke about what the quote meant to them. I gave choices: Maya Angelou, Phyllis Wheatley, Nikki Giovanni, Toni Morrison, and Sonia Sanchez.

I later mentioned that if they know a poet in real life they can choose someone else. So the youngest girl chose me, "Beautiful Thought". She proudly told another girl, "I chose her," with a smile. I'm sure I felt as honored as she felt proud.

She will be one of the pioneers in racial reconciliation. She is so pure. I sent her to natashabeautifulthought.blogspot.com to find a quote. I gave her some suggestions , but she chose something else instead.  She pulled out words that didn't jump out to me, but actually describe my whole ministry, especially to women. I can't wait to read her poem next week.

"Since I discovered me, I now am able to help others do the same." ~ Beautiful Thought

It's Time To Break The Cycle

Being a "helicopter parent" is the same as micro managing a spouse or employee. In children, it causes learned helplessness; in personal relationships it causes decreased self-esteem and a break in trust. We don't trust others, and we don't trust God, enough to give up some control. Ultimately, it really is about one's own insecurities and has nothing at all to do with the other person. Usually, that same person then criticizes the child for acting helpless or the spouse/
employee for not being proactive and/or assertive. It is a cycle that is quite dysfunctional and becomes embedded in the psyche of our children...
they never feel "good enough" and often need extra validation. This validation sometimes comes in negative forms too.

BREAK the cycle,
no matter what side of the circle you're on.

The problem with getting married... 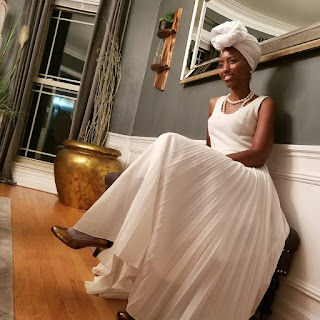 The problem with getting married is that self-centered people, who haven't learned to love themselves, or God, do it. For goodness sakes, the problem is not the institution, it's the individuals. No person who is still holding onto childhood fears, they are not willing to admit, or can not anticipate the needs of someone else should get married. It doesn't mean one will one day be a mind reader, or should be, it means they can see outside themselves and have the capacity to strive to please another person. Never tie up with someone who is not available....to love you....then get mad when they don't. I've never been married but God has been giving me bits of revelation.

We are often so consumed with how we've allowed someone to make us feel we forget that power actually is internal. When we can begin to understand this and take responsibility for how we feel in any situation and how we choose to act, we can begin to stop being so defensive in our communication with others. When we do this we can begin to be responsible for our own happiness and carry that joy into a relationship. We can begin to focus on pleasing others instead of trying to be self-serving. We will begin to join together as adults seeking to please God in every area and it won't be just a cliché statement. We will begin to seek to understand just as much as we want to be understood.

We will realize that marriage is not a fixed something you arrive at but, moreso a daily act of showing up every day to put in the work of loving unconditionally. You see progress, but you never arrive, because it's always a working process. I'm learning.
(Facebook post 8/2015) 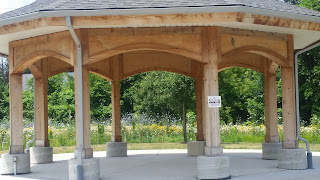 I had a chance to focus on God better through nature by getting some fresh air and going into our community garden. I saw my garden bed had not been watered. I thought people who volunteered did that part. There was a woman there watering her own. She told me to schedule maintenance to keep it the healthiest. 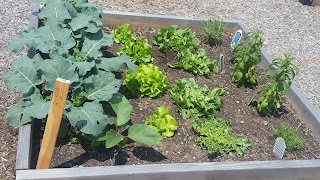 I watered, pulled off a few dead leaves, and pulled up the 2 small weeds I saw. I looked at other garden beds and saw one that was yellow and over run with weeds. I saw another that looked almost perfect, no weeds, but not much was growing either. I don't know why there was so much wasted space; it could be growing more things. I watered some of the other people's gardens that I could reach but the weeds were still there. 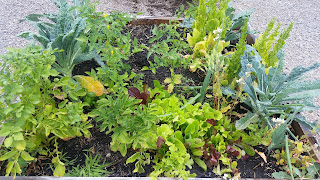 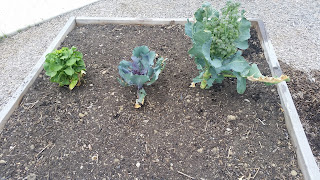 This reminded me of life and people. When you take care of what God gave you He will bless it. We must use what He gives us to produce much "fruit" and be good stewards. When you don't provide the proper maintenance of your spirit, or even gifts, they get overtaken by "weeds". When you strive for better and to be a good stewart He'll even send people to help you. However, no one is ultimately responsible for it but you.

I gave the lady & her friend a ride home around the corner. It was hot and they were appreciative. She said, "Whenever I come back I'm going to water your garden if it needs it."

Take from it whatever is for you. I'm pulling weeds from my spirit today and watering it this weekend. I pray we all get the lessons.

She Doesn't Have Arms!

Today was hard on my body, a long day due to my son's homeschooling schedule. I taught my other poetry class too. This morning getting dressed I noticed my tank top revealed one of my sores that are healing left from tests on my heart. I was going to throw on a lite scarf but decided on a chunky necklace instead. Later in the day I realized it didn't stay covering the sore. My son even noticed it. I kept shifting the necklace up hoping it couldn't be seen.

This 1st day of poetry class I had kids write affirmations. One wrote about learning from mistakes, two others were also pretty deep. I wrote about being positive even when I feel sad or in pain. But one student, simply wanted to just do well in school. THAT was actually the most profound, as I think back because...she has No arms.

I'm inspired. I'm hiding my little bitty flaw on my skin and thinking about my pain. Her imperfections can not be hidden and she was not worried. She is living carefree and joyfilled without regard. If she can....that's the least I can do. I'm determined to grin and bare it. If you see me smiling, it's not because I'm not in pain, it's because I resolve to be a light in and out of season.

After the first day of my other poetry class I thought they need me but, I need them just as much. I'm blessed. #poetry #God

I can't breath
don't shoot
Don't Shoot!
DON'T SHOOT!!!
Our privilege is
In our reality
We are already extinct.
© 7.7.16 Natasha "Beautiful Thought" Anée, All Rights Reserved.

Joseph Had Haters Too

I was just reminded of Potiphar's wife who was a real "ole school hater". In spite, she set Joseph up for imprisonment, potentially even death. Joseph had to endure great trials by way of living in prison after being falsely accused. BUT GOD!!!! He found favor among men even in prison and later with the king Pharaoh, not to mention, he could have been killed instead of just imprisoned!

God doesn't choose to directly control people and there are evil, selfish people out here. So in the process of us dealing with those people filled with assignments from satan...He extends his grace and favor to us throughout our journeys. He allowed Joseph's anointing to eventually be what helped him get released from prison. Now what if he had wilded out for being done wrong, what if he did not wait on God to deliver him?? Oh you better believe the outcome would be different!

Joseph also forgave even his brothers who betrayed him. "As for you, you meant evil against me, but God meant it for good in order to bring about this present result, to preserve many people alive." God IS intentional!

We all have choices to make and many of us respond differently to similar circumstances. HOWEVER, God is a consistent variable and His promises remain true no matter how long we are in the "belly of a great fish", the "lion's den", the "fiery furnace", or "imprisoned" unjustly. God IS a present help and a deliverer, as He was for our ancestors, He also is for us.